Moving On: Loving someone and holding on to that feeling is the most difficult job in the universe. At the same time you need to let your ego slide from in between and also can’t lose yourself respect in the process of loving someone. Those people are very lucky who love someone and get loved back in return. But those people who love another person and in return don’t get loved back are the unhappiest person in the world. Though some people say that one sided love has the best feeling in the world but in inside it’s just another story. Some people in this situation don’t give up and hold on and which is very painful while some people can’t hold on to this pain and move on but this moving on needs a greater amount of effort. If you are one, trying to move on then you can take help from the inspirational quotes about moving on. You should bring changing or move forward. Here are selected Moving on Quotes, path Changing quotes, moving forward quotes, inspiring moving on in relationship or life changing etc. 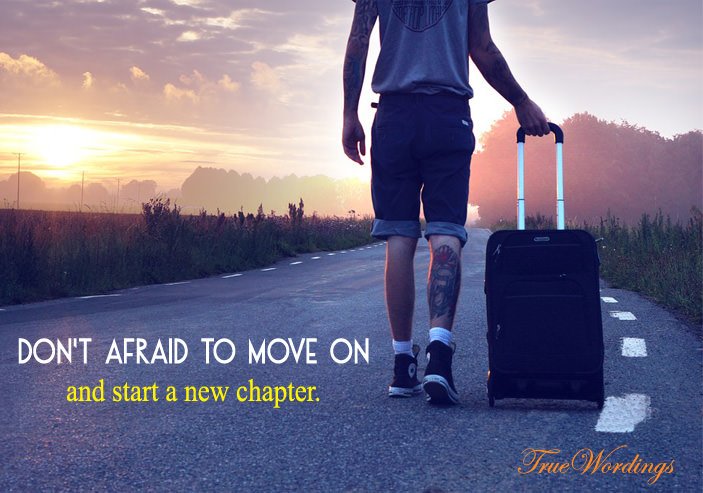 Don’t afraid to move on and start a new chapter.

Moving on means we have to protect ourselves. ~Jojo Moyes

Sometimes moving on is the only way to move on. ~Colleen Hoover

Even if you fall on your face, you’re still moving forward. ~Victor Kiam

Moving on isn’t about not loving someone anymore and forgetting them.

Moving on, is a simple thing, what it leaves behind is hard. ~Dave Mustaine

Everyone’s moving on without me, into a world I don’t understand. ~Sophie Kinsella

If everyone is moving forward together, then success takes care of itself. Henry Ford

Life is like riding a bicycle. To keep your balance you must keep moving. ~Albert Einstein

I’ve been burdened with blame trapped in the past for too long, I’m moving on. ~Rascal Flatts

Getting knocked down in life is a given. Getting up and moving forward is a choice. ~Zig Ziglar

The most difficult aspect of moving on is accepting that the other person already did. ~Faraaz Kazi

When you make a mistake, learn from it, pick yourself up and move on. ~ Dave Pelzer

Life moves on and so should we. ~ Spencer Johnson

Sometimes you don’t get closure, you just move on. ~ Karen Salmansohn

Moving on doesn’t take a day, it takes lots of little steps to be able to break free of your broken self. ~ Tere Arigo

It is only through labor and painful effort, by grim energy and resolute courage, that we move on to better things. ~ Teddy Roosevelt

No matter how bad you want a person, if your hearts are in two different places, you’ll have to pass and move on. ~ Alexandra Elle

You must make a decision that you are going to move on. It won’t happen automatically. You will have to rise up and say, ‘I don’t care how hard this is, I don’t care how disappointed I am, I’m not going to let this get the best of me. I’m moving on with my life.’ ~ Joel Osteen

It is important that we forgive ourselves for making mistakes. We need to learn from our errors and move on. ~ Steve Maraboli

Laughter gives us distance. It allows us to step back from an event, deal with it and then move on. ~ Bob Newhart

Take all the time you need to heal emotionally. Moving on doesn’t take a day, it takes lots of little steps to be able to break free of your broken self. ~ Tere Arigo

I think that you never fall out of love with somebody, you just let go and move on. ~ Ashley Rickards

By forgiving and choosing to move on, one takes the power back to morph it into positive energy. ~ Eugenia Tripputi

Every day is a new day, and you’ll never be able to find happiness if you don’t move on. ~ Carrie Underwood

“It happens to everyone as they grow up. You find out who you are and what you want, and then you realize that people you’ve known forever don’t see things the way you do. So you keep the wonderful memories, but find yourself moving on. ~ Nicholas Sparks

“Sometimes you have to move on without certain people. If they’re meant to be in your life, they’ll catch up. ~ Mandy Hale

“People can be more forgiving than you can imagine. But you have to forgive yourself. Let go of what’s bitter and move on.” ~ Bill Cosby

“Forgive yourself for your faults and your mistakes and move on.” ~ Les Brown

“Part of being a winner is knowing when enough is enough. Sometimes you have to give up the fight and walk away, and move on to something that’s more productive.” ~ Donald Trump

“Life is about making the right decisions and moving on.” ~ Josh Rayburn

Who can’t relate to the idea of leaving one chapter behind and moving on to the next? Mike Shinoda

Moving on is not about forgetting. It’s about moving forward and never looking back. ~Imania Margria

Sometimes it’s very hard to move on, but once you do, you’ll realize it’s the best decision you’ve ever made.

Just because you miss someone doesn’t mean you need them back in your life. Missing is just a part of moving on.

Sometimes the cards we are dealt are not always fair. However you must keep smiling & moving on. ~Tom Jackson

Life never stops moving forward. Stay focused and never slow down because of regrets. Smile, forgive, forget and move on.

Moving on doesn’t mean you forget about things. It just mean you have to accept what happened and continue living. ~Erza Scarlet

You are responsible for your life. You can’t keep blaming somebody else for your dysfunction. Life is really about moving on. ~Oprah Winfrey

Moving on will show you a lot about who you are, what you truly want, & what you have no desire to waste your time on. ~April Mae Monterrosa

Don’t dwell on what went wrong. Instead, focus on what to do next. Spend your energy moving forward together towards an answer. ~Denis Waitley

Moving on is not about forgetting the past; it’s about learning from it. Find the message in the mess…Cry. Forgive. Learn. That’s moving on. ~Steve Maraboli

Visit once – Quotes on being strong in a relationship 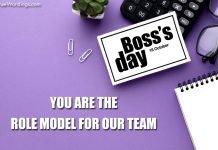 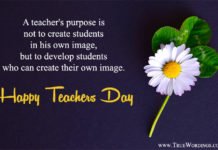 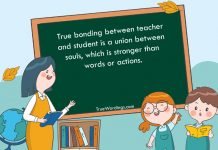 Allah Quotes That Will Give You New Strength

You Are The Best Teacher Quotes